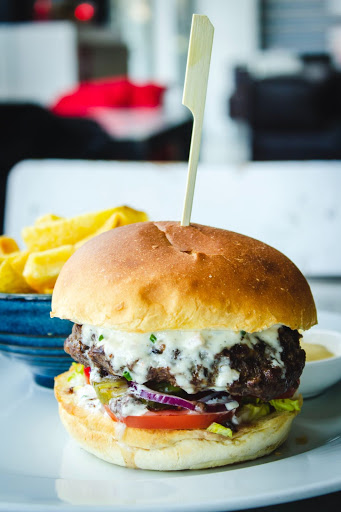 Crisp, crunchy, and fresh with tangy Mediterranean flavor, this Greek salad topped with chicken can be prepared ahead for weekday lunches or a light and healthy dinner too that makes it a very versatile meal. It is very healthy and low in calories. Many commercial kitchen planners often reserve a place for making salads in the kitchen so as to accommodate the health needs of modern living.

A very popular continental baked dish made with mixed vegetables and béchamel sauce with the possibility to adapt to the cheese sauce for a tastier dish. A big favorite, especially among children, you can serve this dish topped with toasted buttered bread crumbs for a gratinated effect. It’s usually served with a garlic toast on the side and is beyond delicious.

It’s impossible to think of Italian food without a warm plate of pasta and some great wine to sip it down. Made with flour, pasta can be formed into sheets, strips, or any other shape and then boiled, cooked, and eaten. In fact, you’ll find over 600 shapes of pasta across the globe. The famous Italian dish – pasta is one of the best comfort meals the world over. It is a no-fuss dish that can be ready in minutes and does not require genius cooking skills or equipment.  This simple dish offers a lot of room for creativity and experimentation. You can experiment with pasta recipes using different kinds of pasta like fusilli, penne, or spaghetti, different sauces such as tomato sauce, creamy white sauce, or the meaty bolognese, and a huge variety of ingredients ranging from herbs to veggies and cheese, all of which will lead to a delicious result. Pasta dishes are an easy way to please even the most finicky of eaters.

There is usually a special place in commercial kitchens assigned by a commercial kitchen design and planning for the microwave or the oven. The chicken steak is an American cutlet-like dish with large and tender chicken pieces marinated well, bursting with flavours of spices. Chicken pieces are sizzled on a pan till they’re cooked just right. Just what you can microwave and heat for a lazy weekend dinner!

Grilled lamb steaks served with tangy lemon, feta cheese, and herby olive oil mash are simple and as supper has bags of hearty, robust flavors, and is very easy to whip up. One always makes extra feta, lemon, and olive oil mash, so it can be used as a dip or a sandwich filling for another meal. You can try to use fresh herbs wherever possible, they have a softer and more subtle flavor and truly make the lamb steaks sing! Serve this supper dish with jacket potatoes and a fresh mixed salad and the taste will be heavenly. The flavors in this recipe remind people of hot sunny days by the seaside here in South West France, the distant fragrance of herbs mingling with the salty air, the free-range lamb would also be good, especially hill reared lamb that has a distinct herby flavor in the meat. And one must serve this in true French fashion with a glass of chilled Rosé wine. Bon, appétit and enjoy your meal! 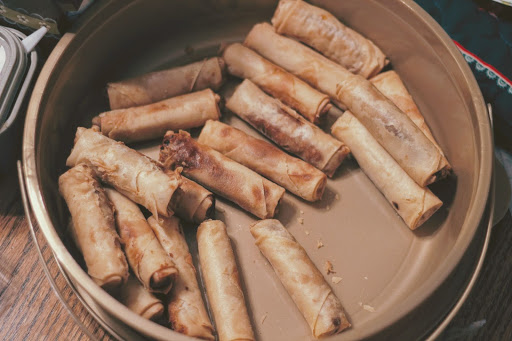 Spring rolls are a large variety of filled, rolled appetizers or dim sum found in East Asian, South Asian, Southeast Asian and Latin American cuisine and are absolutely delicious and crunchy. The name is a literal translation of the Chinese chūn juǎn meaning spring roll in the English language. The kind of wrapper, fillings, and cooking technique used, as well as the name, vary considerably within this large area, depending on the region’s culture and cooking tradition.

Fish and chips is a hot dish consisting of fried fish in batter and then served hot with chips. The dish originated in England, where these two components had been introduced from separate immigrant cultures but it is not known who created the culinary fusion that became the emblematic British meal. Fish and chips is a common take-away food in the United Kingdom and numerous other countries, particularly in English-speaking and Commonwealth nations across the globe. 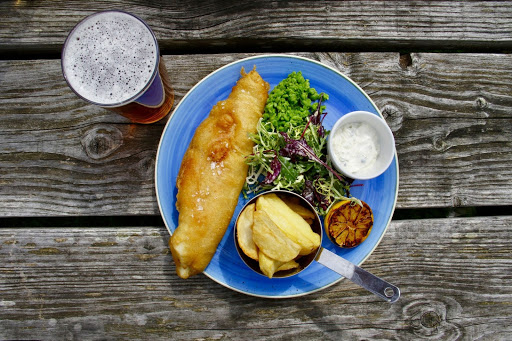 An ideal commercial kitchen planner includes a large region for frying food in a large pan in the commercial kitchen. Breaded cutlet is a dish made from coating a cutlet of meat with breading or batter and either frying it in a large pan or baking it. Breaded cutlet is known as schnitzel in German-speaking countries, cotoletta alla milanese in Italy, escalope in France, filete empanado in Spain, filete empanizado in Cuba, milanesa in Latin America, katsu in Japan and Korea, kotlet in Poland, řízek in the Czech Republic and kotleta in post-Soviet countries and is beyond delicious to eat.

Sticky toffee pudding, also known as sticky date pudding in Australia and New Zealand, is a British or English dessert consisting of a very moist sponge cake, made with finely chopped dates, covered in a toffee sauce, and often served with a vanilla custard or vanilla ice-cream and is beyond marvelously tasty. It is considered a British classic by various culinary experts, alongside bread and butter pudding, jam roly-poly, and spotted dick puddings, and is a culinary delight.

As the name suggests, this is a dish prepared with shrimp which is locally also referred to as prawns, typically cooked in a thick sauce of a yellow hue. Among other ingredients are grated coconut, turmeric, cumin, coriander, chili, onion, garlic, tamarind, vinegar, sugar, salt and other spices. It is usually accompanied by white rice and this dish is absolutely delicious and will make your mouth water.