Creating the optimal kitchen layout requires knowing what tasks must be performed there and whether or not they are compatible with one another. The efficiency of the kitchen staff depends on the design you choose for the back of the house. There isn’t a “best” kitchen layout, but there is one that will be more conducive to the way you work.

Here are some things to think about as you plan your kitchen layout:

How do you make the dishes on your menu?

Do the items on the menu require the same amount of preparation?

What kitchenware is required for preparing and cooking these foods?

Is there a way to divide the space into prep areas?

When business is at its peak, approximately how many cooks will you need?

Which design for a commercial kitchen do you recommend? See below for details. 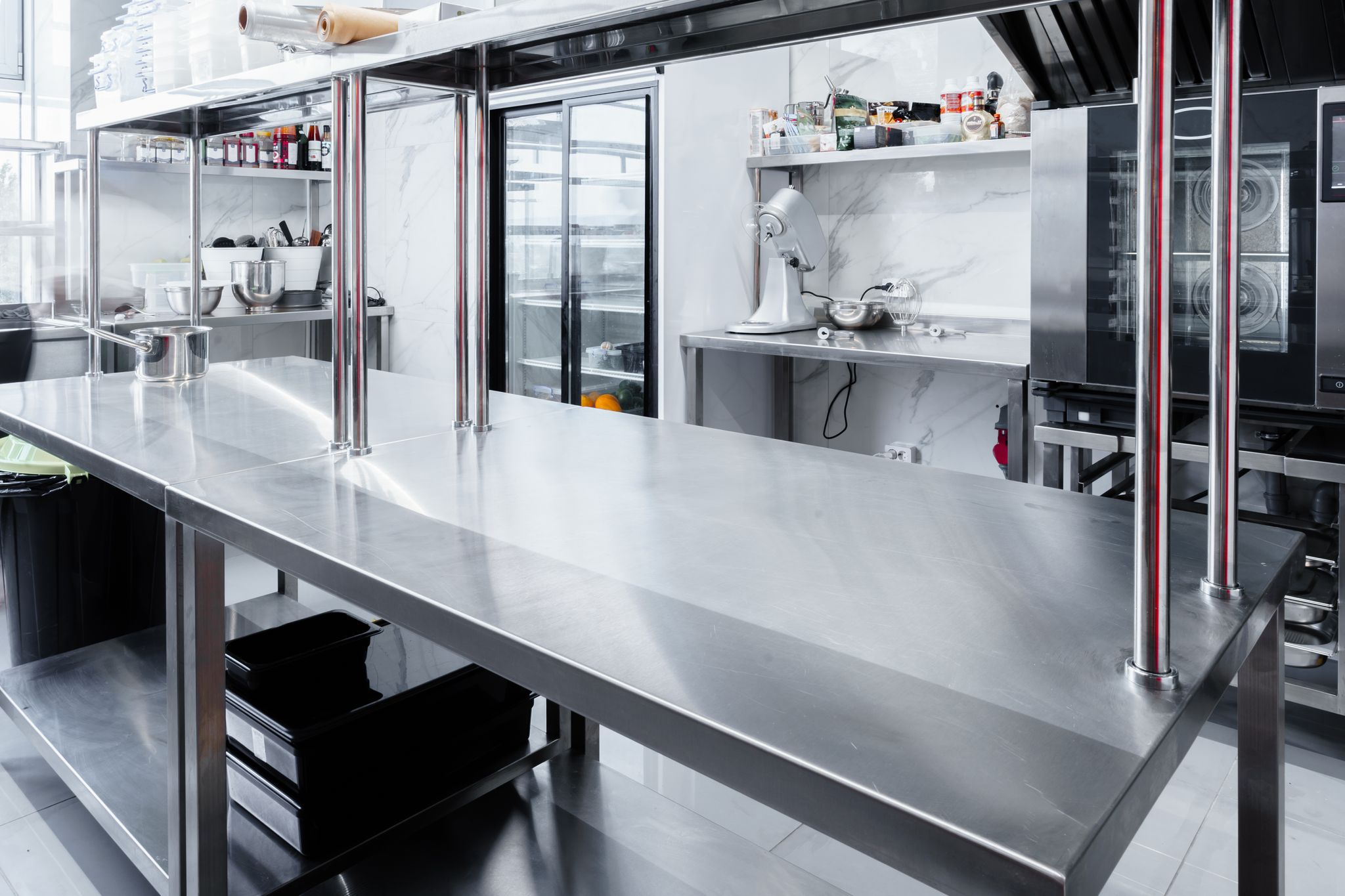 Forming an assembly line in a commercial kitchen: a sample layout

This setup works well for eateries that don’t offer a huge selection of food items. Essentially, the layout is a single row in the centre that goes from raw ingredients to the finished product. This setup is ideal for factories that mass-produce the same item time and time again.

This design works particularly well for casual dining establishments serving a limited number of items that are all prepared similarly, such as pizzerias and “build-your-own” restaurants.

This design creates distinct areas for the various cooking tasks that take place in your kitchen. A salad area, a meat area, a frying area, and a baking area are all possible outcomes of such zoning in a kitchen.

The stations or zones in this design have all the appliances and tools workers will need to get their jobs done quickly and effectively. This layout facilitates efficiency and allows for the simultaneous preparation of multiple dishes. Instead of having a single line cook responsible for every aspect of the meal, chefs can now focus on specific areas. Restaurants with a large number of customers and a wide variety of food options would benefit most from this layout.

This configuration is very similar to the zone style, with the addition of a central island in the middle of the kitchen. In most commercial kitchens, the bulk of the cooking is done on the central island. The rest of the space is used for other tasks, such as storing and cleaning food.

The island layout encourages teamwork and makes it simpler for the chef to keep an eye on everyone’s work. This layout works best in restaurants with a sizable kitchen, where the island won’t be in the way of day-to-day operations. It’s no easy task to plan out the layout of a commercial kitchen, but you’ll have a much better chance of success if you have a good grasp of your company and menu.